Trek the Path of the Thunder Dragon 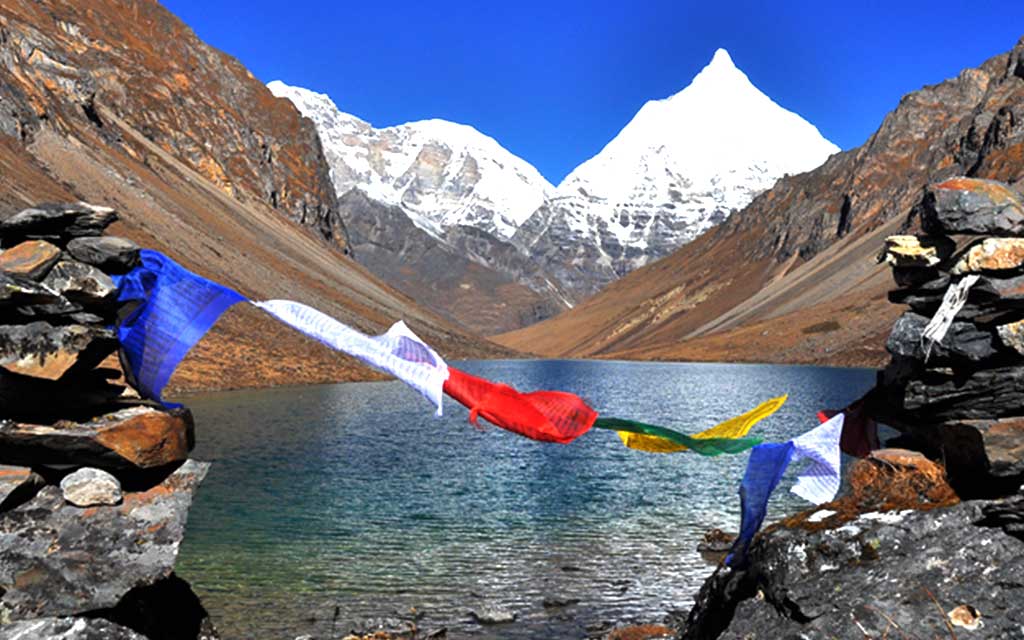 Trek the Path of the Thunder Dragon

Walk around monasteries, stupas and fascinating ancient architecture you cannot find anywhere other than in this Land of Happiness. This uniqueness will transform you into a responsible trekker, as you will fall in love with the fresh air and the beauty of the high Himalayas and Mother Nature in Bhutan.

Best features you will find on this trek experience:

Travel by Druk Air, Bhutan’s national airline, to Paro, the country’s only international airport. The flight is exhilarating to say the least, as the route traverses parallel to the mighty Himalayas enabling passengers to see the world’s highest peak, Mt Everest, and many more. The descent affords a panoramic view of Bhutan’s foothills culminating into a thrilling landing at what is considered one of the world’s most challenging airports.

Meet your guide at the airport and head to the hotel for lunch. Devote the afternoon to sightseeing around the Paro valley famed for its natural beauty, historical monuments, agricultural farms and quintessentially Bhutanese village communities. Visit the National Museum, formerly a watchtower, and then the Castle on a Heap of Precious Jewels or RinpungDzong. Wind up the day with a stroll around Paro town. Overnight at the hotel.

Highlights: Hike to the Tiger’s Lair, the most famous Buddhist monastery in the Himalayas, built on a sheer rockface.

After breakfast, drive for half an hour and start hiking up to the temple that is renowned in the Himalayan Buddhist world as one of the most popular sites of pilgrimage. The five-hour round trip follows an ancient but oft-trodden footpath flanked by water-driven prayer wheels.

The temple, precariously perched on a hair-raising ravine about 1,000 metres above the valley floor, is considered sacrosanct as it was in a cave within this temple that the eight century tantric saint, Padmasambhava, subdued the evils who obstructed the teachings of the Buddha. The saint is believed to have come to Taktshang in a fiery wrathful form riding a tigress. Over the years, many Buddhist saints have meditated in and around the temple and discovered numerous hidden treasure teachings.

Visit the ruins of DrugyelDzongenroute. The fortress known as the “Castle of the Victorious Drukpa”, is a symbol of Bhutan’s victory over the Tibetan invasions in the 17th and 18th centuries. We can also get a view of the sacred mountain, Jumolhari, along the way. On the way back to our hotel, we will visit the 7th century Kyichu Temple, believed to have been built on a place that resembled a knee of a giant ogress.

Today is a short trekking day. The journey starts with a climb up to JeleDzong. The trek trail ascends gradually up to the camp, and if the weather is clear Paro valley can be seen surrounded by snow capped mountains. Above the camp isJele La (3400m) and JeleDzong. There is also aLhakhang containing a statue of Buddha Shakyamuni. Overnight at campsite. Altitude 3480m

Begin with a one and a half hour climb and then ascend more gradually upwards. The trail takes us through thick alpine forests of rhododendrons. We will have fine views of Mt. Chomolhari and other snow capped peaks if the weather is right. We may hear some pheasants calling during the day. We may also see yak herders around your campsite. Overnight at campsite. Altitude 3770m.

The trail follows the ridge, and when the weather is clear views of the mountains and valley are sensational. We will enjoy a great view of Jichu Drake (6989m), the peak representing the protective deity of Paro. Our camp is close to Jimilangtsho lakes, famous for their giant sized trout. Overnight at campsite. Altitude 3870m.

The trail takes us through dwarf rhododendron trees and passes by the lake of Janeetsho. Today we may come across some yak herder’s camps and get an idea of how these people live. We camp overnight close to Simkota Lake. If you are lucky you can catch a lake trout for your dinner. Overnight at campsite.

Today begins with a gradual climb and if the weather permits you will enjoy majestic views of Mt.GangkarPuensum, the highest peak in Bhutan. You may also view a host of other peaks from Phume La (4080m). The trail slowly descends through juniper trees to a campsite. Overnight at campsite. Altitude 3610m.

The trek to Thimphu is downhill all the way, passing through a forested area of mostly blue pine. The end of your trek our driver will receive you with refreshment. Youreach Thimphu in about 3 hour and afternoon at leisure. Overnight at your hotel in Thimphu.

A Sojourn in Thimphu

Highlights: The power centre and the capital city of the Happy Kingdom. Also the hub of commerce and culture.

In the morning we will drive to Buddha Point which provides a spectacular 360 degree close-quarter view of entire Thimphu and the adjoining areas. This is the site of the world’s tallest statue of Shakyamuni Buddha. Our next destination is the 12th century Changangkha Temple, Takin Zoo and the viewpoint at Sangaygang. On our way back, we stopover at a nunnery, the Folk Heritage Museum and the Textile Museum.

After lunch, we will proceed to TashichhoDzong, a 17th century castle-fortress which today houses the offices of the King, Chief Abbot and government ministries. We will also take the opportunity to see the nearby parliament complex, the School of Arts and Crafts, vegetable market, and then spend the rest of the day watching an archery match and strolling around the town.

Highlights: A panoramic view of the snow-capped eastern Himalayas and a multitude of alpine flowers and birds; Bhutan’s ancient capital and Temple of Fertility.

The three to four-hour drive from Thimphu traverses thorough a constantly changing kaleidoscope of vegetation, waterfalls, flowers, mountains and meadows. In about 45 minutes we will reach the famous Dochula pass (3,100m) where on a clear day we can see the entire eastern Himalayan range, teeming with 6,000m to 7,554m snow-capped mountains. The pass also known for its abundant species of extremely beautiful flowers has 108 Buddhist stupas exquisitely built around a mound, adding to the natural splendor of the place.

From the pass we descend to the sub-tropical valley of Punakha. Punakha served as the ancient capital of capital and still possesses the country’s main treasures in the form of Buddhist relics. Resembling a gigantic ship on an ocean floor from afar, and girdled by two (Male and Female) rivers, the castle-fortress also represents the best specimen of Bhutanese architecture.

After lunch in a small nearby village together with a rural farming household, we will walk along a footpath flanked by an endless view of ripening paddy fields to the Temple of Fertility – ChimiLhakhang. This temple, built in the 15th century to honour the “Divine Madman”, a saint iconoclast who is also associated with phallus worship, attracts barren couples from all over to receive fertility blessings from an anointed phallus. Night halt in Punakha

This morning visit the Wanduephodrang it was built in 1638 by the Zhabdrung also visit Wangdue town. Than drive 4hours which is125km to Paro and lunch in the local restaurant in Paro town. After lunch strolls through town and than if you want to wear the Bhutanese gho and kira our guide and driver will arrange for you than play the archery the national sport of Bhutan. Evening visit the farmhouse and experience the way of life how Bhutanese live in their daily life,enjoy local dinner with family. Overnight at Hotel.

After breakfast drive to Paro international Airport and fly out. 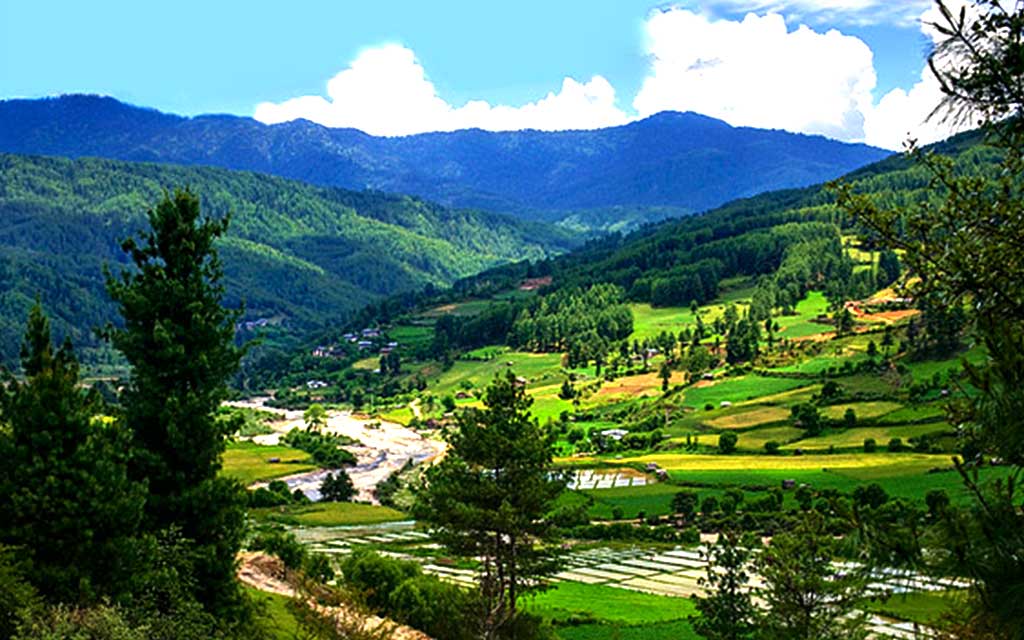 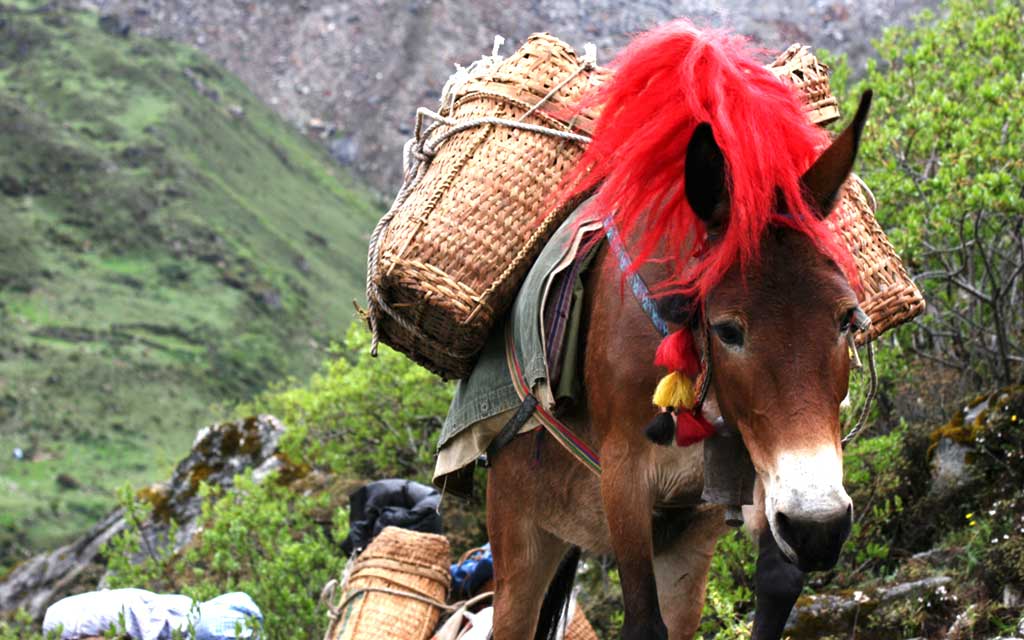